Jardins d’Été is composed of a series of videos of flowers in full bloom, filmed by Quayola at night. These flowers, swaying gently in the wind and highlighted by a spotlight, look almost as though they are dancing and emerging from the darkness. Their shifting hues — pinks, blues, and greens — interrupt the black backdrop, and become the focal point of this digital painting.

Jardins d'Été is heavily influenced by Monet’s Water Lillies (1920-26), displayed in the Musée de l'Orangerie in Paris since 1927. Quayola deconstructs these venerated images, deeply ingrained in the cultural memory of the public. The artist mimics the scale of Monet’s Water Lillies in Jardin d’Été, which, when presented as a physical installation, is screened as a multichannel installation at human scale. Here, Quayola calls upon the Impressionist desire to fully immerse the viewer in the memory of a landscape. 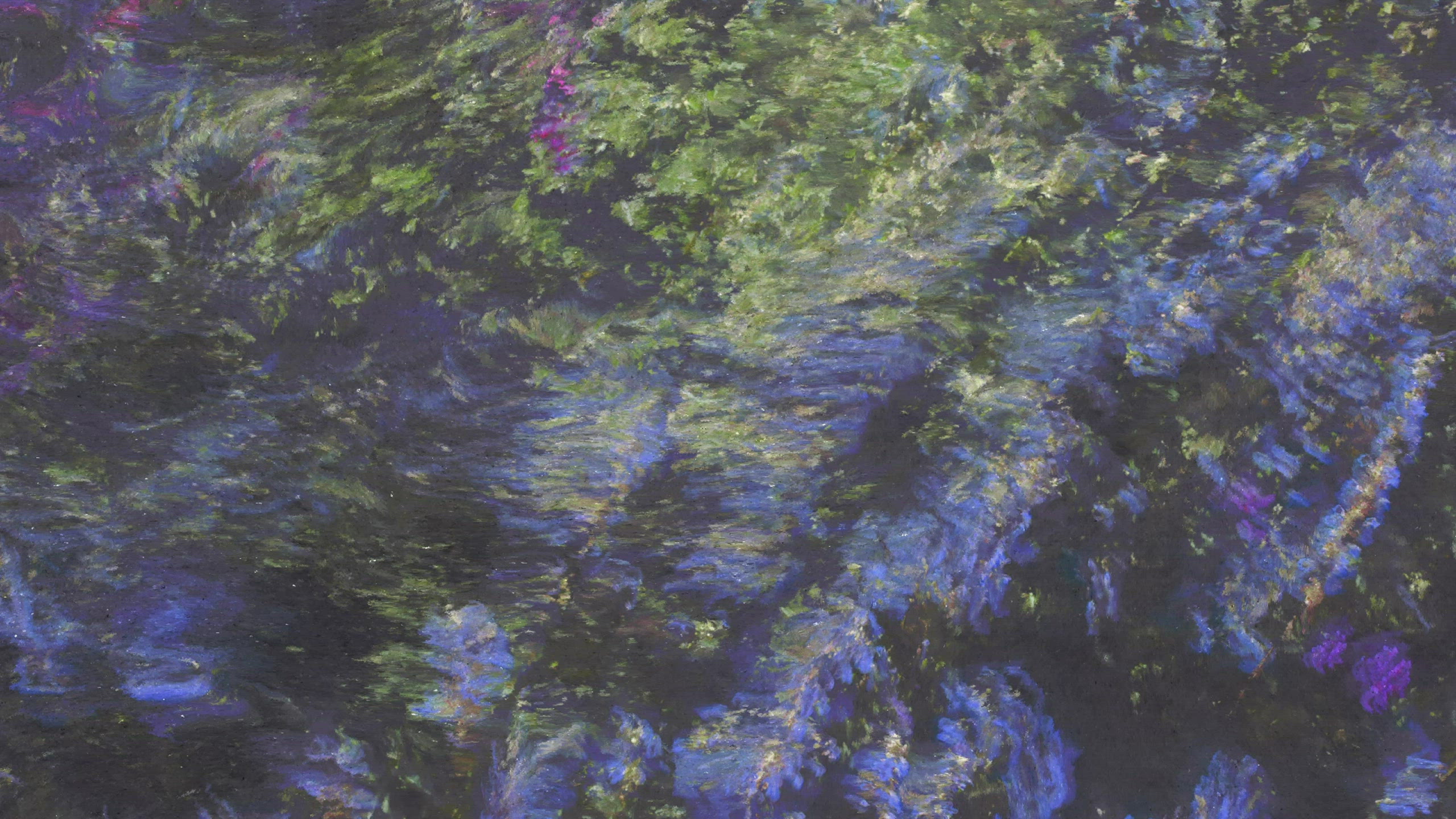 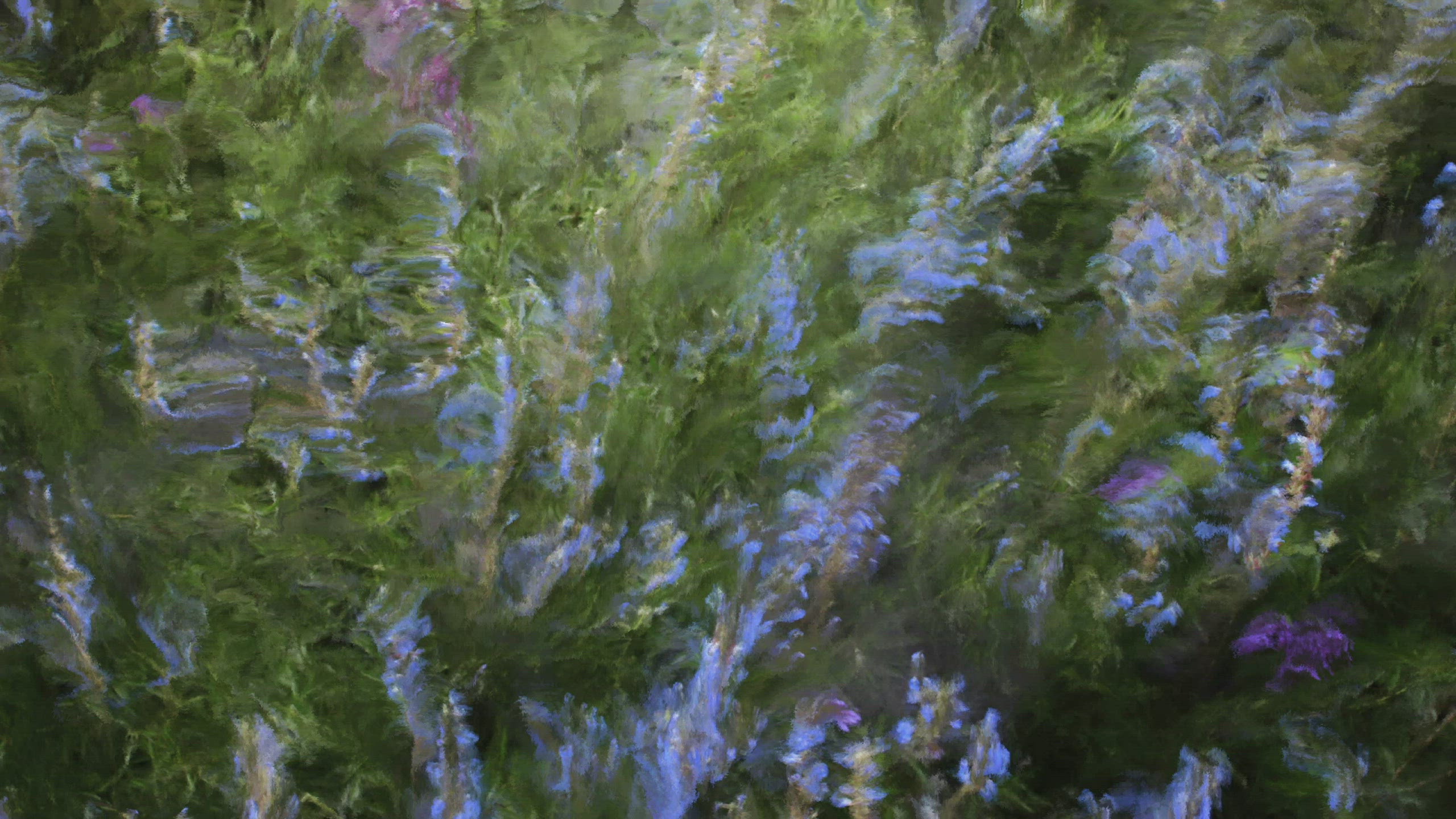 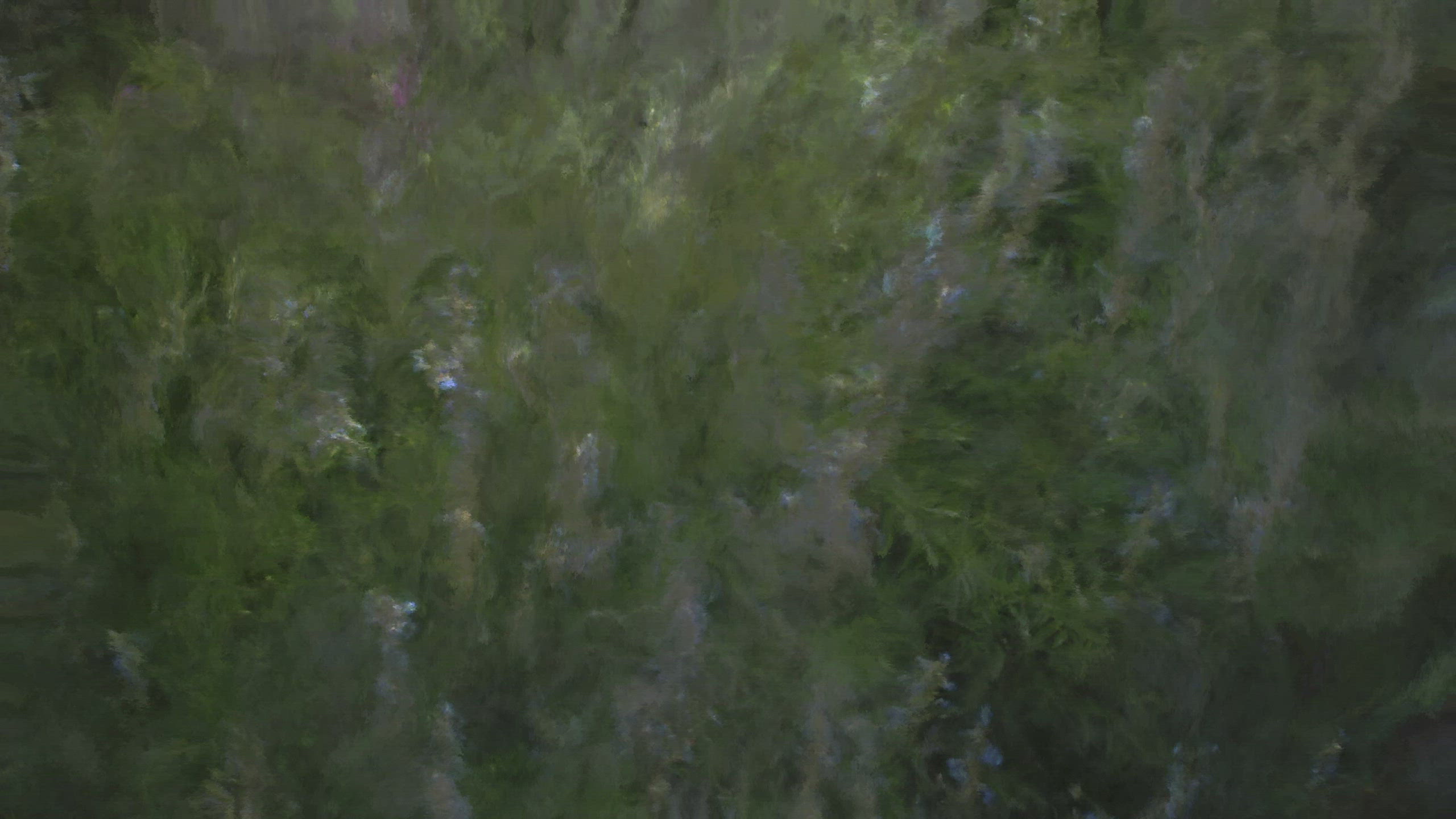 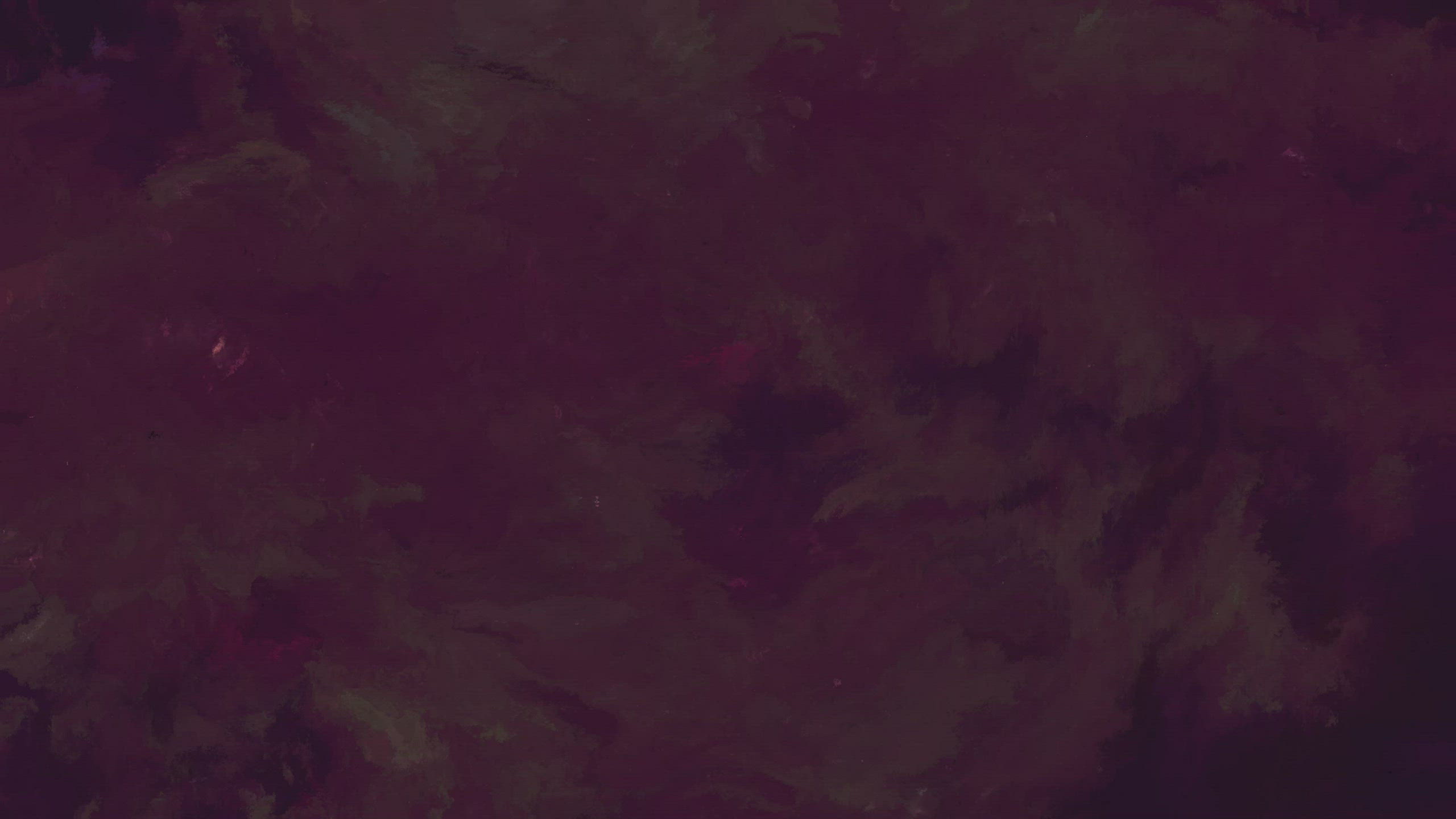 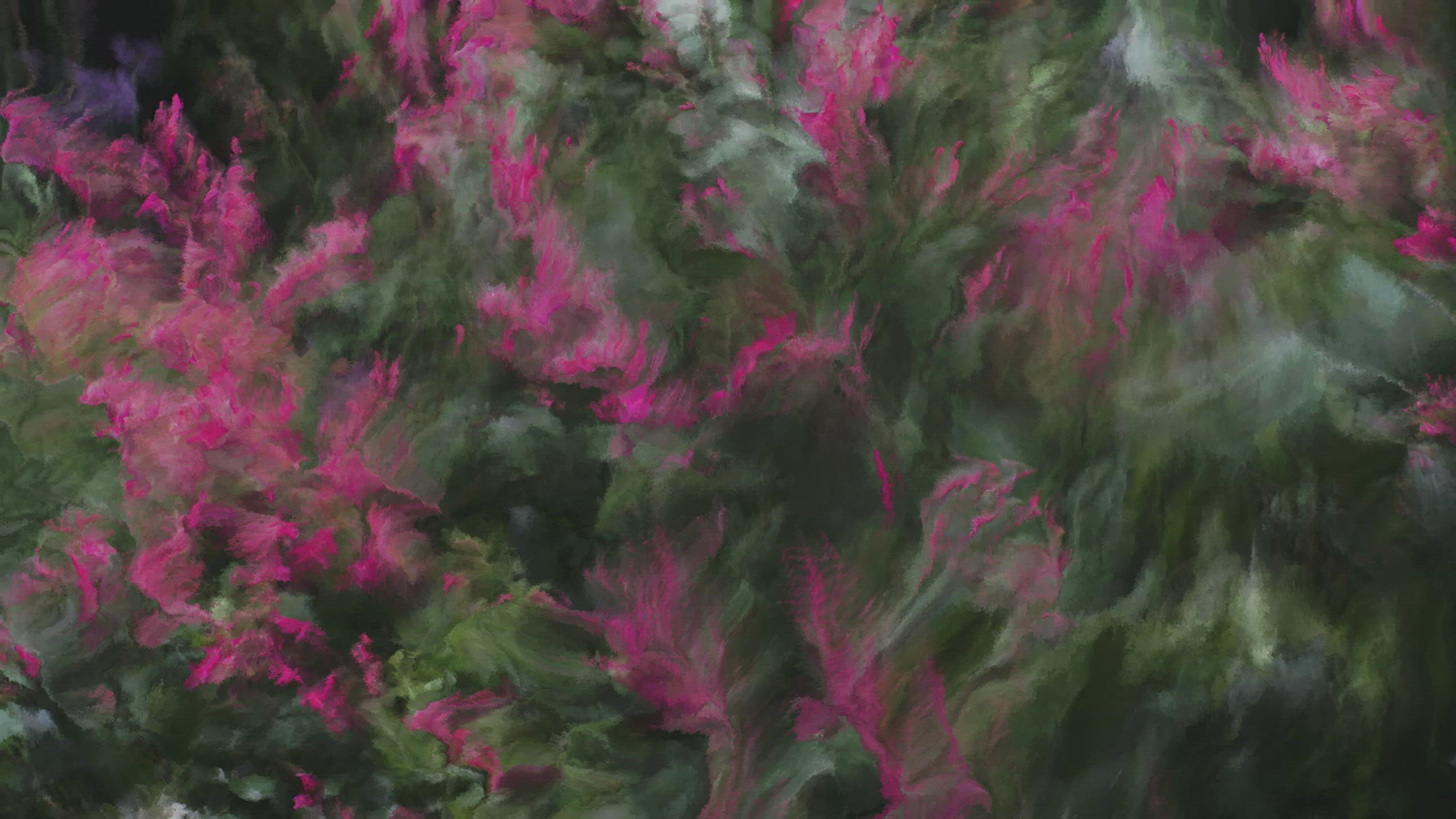 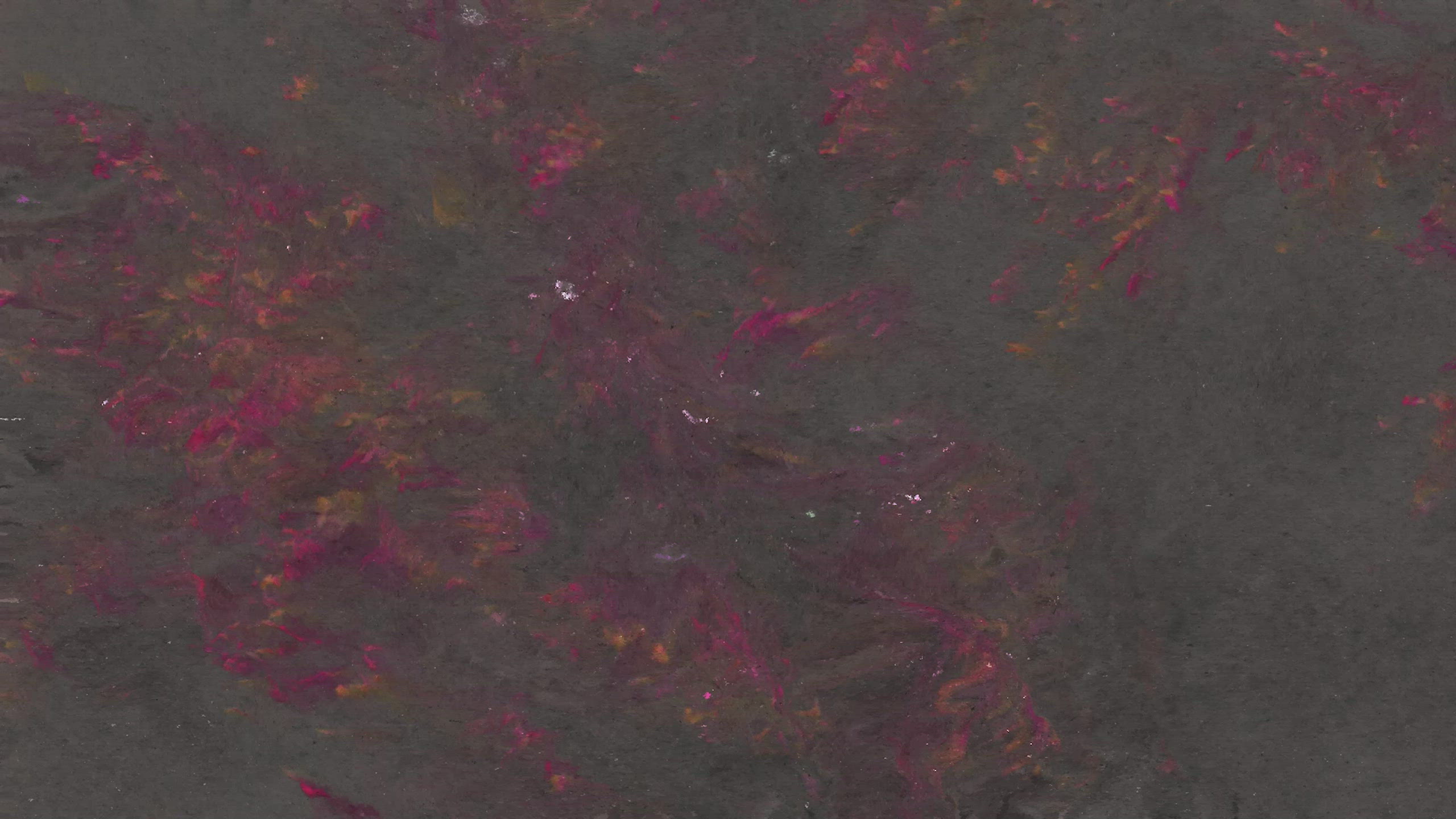 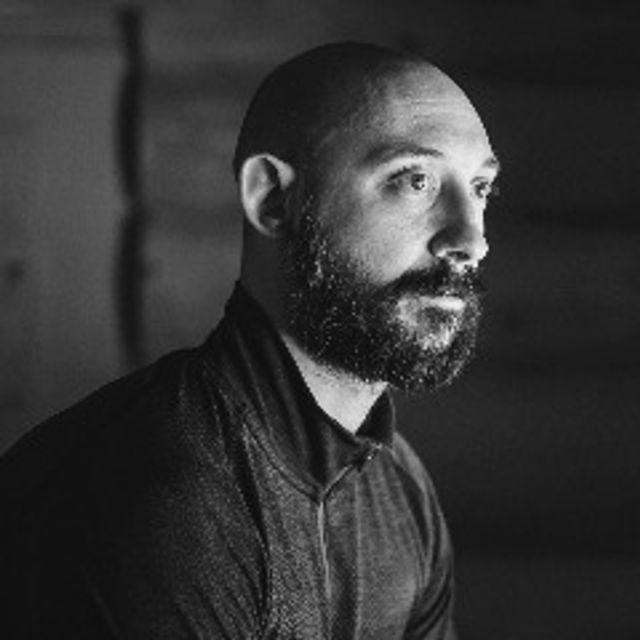 Quayola employs technology as a lens to explore the tensions and equilibriums between seemingly opposing forces: the real and artificial, the figurative and the abstract, the old and the new. Constructing immersive installations, he engages with and re-imagines canonical imagery through contemporary technology. Landscape painting, classical sculpture and iconography are some of the historical aesthetics that serve as a point of departure for Quayola’s hybrid compositions. His varied practice, all deriving from custom computer software, also includes audio-visual performance, immersive video installations, sculpture, and works on paper. His work has been performed and exhibited in many prestigious institutions worldwide including V&A Museum, London; Park Avenue Armory, New York; National Art Centre, Tokyo; UCCA, Beijing; How Art Museum, Shanghai; SeMA, Seoul; Palais de Tokyo, Paris; Ars Electronica, Linz; Sonar Festival, Barcelona and Sundance Film Festival. Also, a frequent collaborator on musical projects, Quayola has worked with composers, orchestras and musicians including London Contemporary Orchestra, National Orchestra of Bordeaux, Ensemble Intercontemporain, Vanessa Wagner, Jamie XX, Mira Calix, Plaid and Tale Of Us. In 2013, Quayola was awarded the Golden Nica at Ars Electronica.